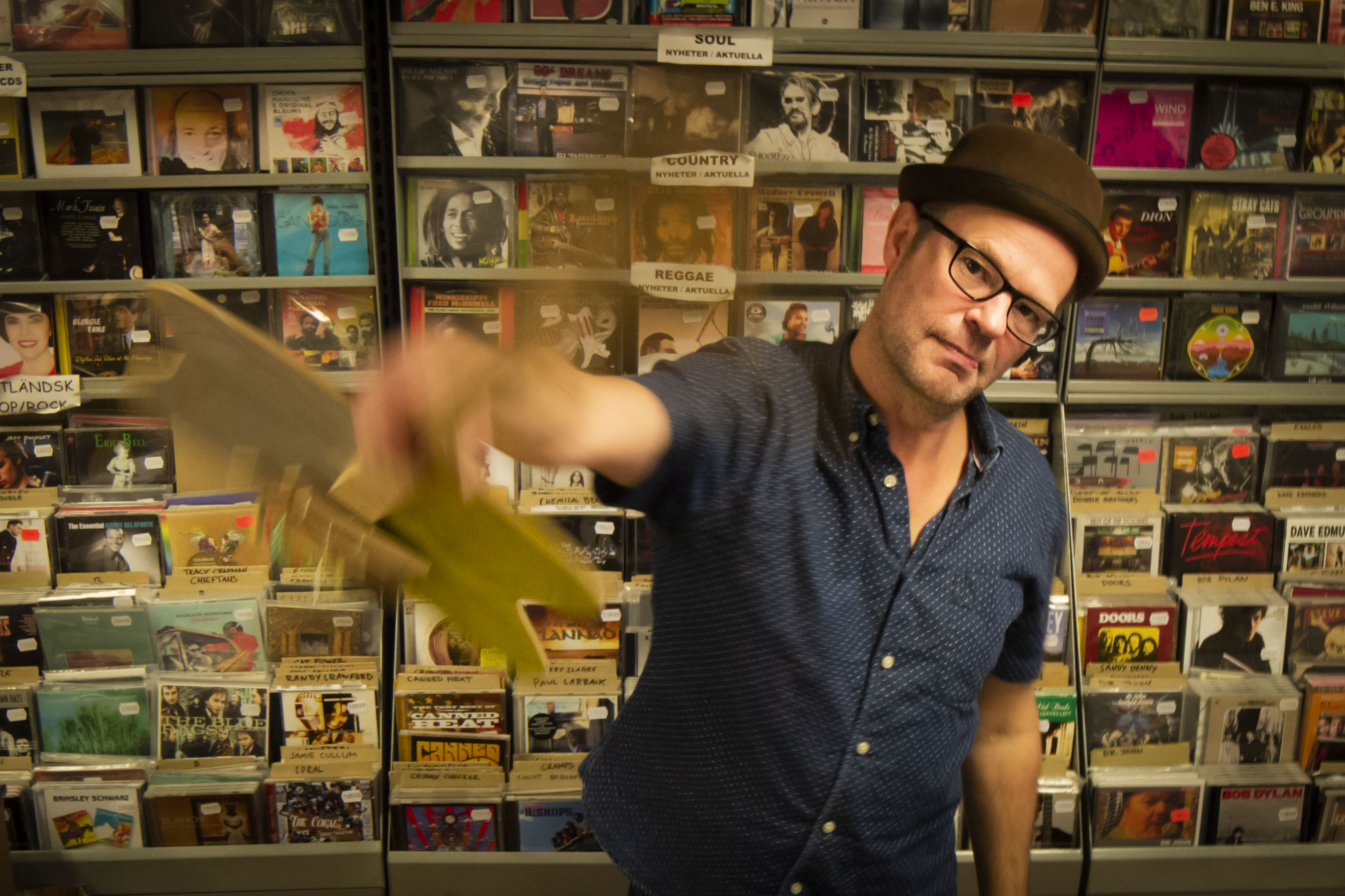 Sarah Coxon wrote this lovely review of the Who He? record. It really says everything that I want to be:

There’s a fine line between musical genius and a vortex of chaos and Ian Carr has long danced along it like a reckless Highland dancer with his laces undone.

fRoots’ own Andy Cronshaw once described him as “the most innovative… and sympathetic guitarist that Britain has produced in years, in any genre…” Since the 1980s, Carr has been widely revered for forging his own path (and providing inspiration for others) in his own musical projects such as Swåp and Timber and as a collaborative musician with Kathryn Tickell, Kate Rusby, Eddi Reader, Kris Drever and others. A bold rhyth- mic innovator, a master of harmony, and diamond fingered melody maker, he’s a one-off.

He’s not one to blow his own trumpet (unless he’s blowing his own trumpet, as he does indeed do on Who He? along with playing guitars, bass, mandolins, singing etc) but Carr possesses a rare warmth and inner sparkle that matches his exemplary guitar picking. That warmth courses through the veins of this uplifting and long-overdue debut solo album: a gem, crammed with left-field ideas and soundscapes, but at its heart, simplicity and beauty. It is quite an emotional listen.

It’s an outward-looking and diversely- influenced piece of work (Carr is resident in Sweden, so the Scandinavian flavours of Who He? are tangible) enhanced by a won- derful cast of ‘Various Artists’ including his talented wife Maria Jonsson on viola (and viola d’amore) and vocals. One of my highlights here is Just Nu, a meltingly beautiful Swedish song with minor key twists, featuring Carina Normansson’s vocal and fiddle. Tumbling strings and playful birdsong fiddle lines are juxtaposed with dissonant bell-pealing electric guitar chords. Absolutely nothing sits still for long!

The CD kicks off with the bright toned I’ll Call You with its vocodered lyrics and wayward jangling chords and then builds into a lushly-layered string anthem, underpinned by magical omnichord and quirky clicks and trumpet lines. Title-track Who He? opens with a simple one-tone guitar loop, before washing into a harmonium-driven, minimalist instrumental with cinematic effect, evocative of passing clouds and rolling landscapes. Road Drill, a jaunty, spiralling dance, opens into an expansive mid-section with Maria Jonsson’s vocals. And this is the form: each original piece grows and heads off at unexpected tan gents, but without ever feeling contrived.

Carr is magnanimous as a musician: he is of course capable of coruscating melodic lines (check out I’ve Never Been To Oxford (Or Is That Cambridge)) and rhythmic devilry, but he’s also as comfortable here in the playful guitar / viola duet The Beans War or providing a setting for other players to the fore eg the brittle kora of Lamine Cissokho on spoken word experiment Talking Frances.

Who He? He’s a bloody wonder, that’s who he is.